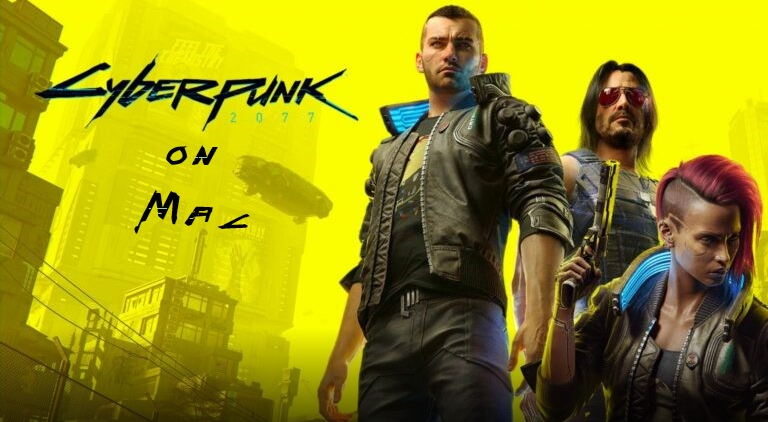 How to Play Cyberpunk 2077 on MAC?: Finally, the wait has ended. Cyberpunk 2077, developed by CD Project, is here. Almost, every gaming enthusiast from every nook and cranny of the globe was eagerly waiting for this action RPG. Please note that as of now the game is available for Microsoft PC, Xbox One, PlayStation 4, and Stadia. Going by the official announcement, the game will receive ports for PlayStation 5 and Xbox Series X/S as well in the upcoming year. But, there’s no mention of a MAC Computer anywhere.

So, can you really play Cyberpunk 2077 on MAC? This is the question we are going to answer in this post.

The action RPG Cyberpunk 2077 takes you to Night City, a fictional metropolitan city situated on the west coast of America. As you might have guessed by the name of the city, the place is filled with criminals and it is up to you how you make a name for yourself in the city.

Is there a version of Cyberpunk 2077 on macOS?

Unfortunately, there’s no official version of Cyberpunk 2077 on macOS. So, you cannot straight away download the game and initialize playing on your MAC Computer. Fret not as we are here to provide you with working methods that will allow you to play Cyberpunk 2077 on MAC irrespective of your macOS version.

Boot Camp provides you with an opportunity to install Windows and run it on MAC. All you need to do is launch Boot Camp and install Windows on the platform. However, before you proceed with this method, you must know that this solution will consume a lot of resources for gaming. Hence, you should proceed with this method only if you are using a MAC Pro with an impeccable video card. Following are the steps to run Windows on MAC via Boot Camp.

Method 2 > Get Cyberpunk 2077 on macOS with GeForce Now

A much better alternative to Method 1, is using GeForce Now to Play Cyberpunk 2077 on MAC. GeForce Now from Nvidia is a cloud-based gaming service that allows you to play games not installed on your system online. So, even though you cannot install Cyberpunk locally on your MAC, you can utilize the services of GeForce cloud to play it on your MAC Computer.

Since the game is running on a remote server and you are simply getting the real-time stream of the game, you needn’t worry about hard drive space, RAM, or processor criteria to play the game. The only thing that you need to make sure is that you have a strong and brawny internet connection. Check out this Tutorial to Configure & Use Control Center on Mac (macOS Big Sur Update).

Please note that your MAC Configuration must be one of the following to use the services of GeForce Now.

As far as macOS version is concerned, Nvidia states that your macOS version must be 10.1.0 or more to be compatible with GeForce Now.

According to users there’s a latency of about 15ms while playing Cyberpunk 2077 on GeForce Now. You can reduce the latency by using a Wired Connection instead of a wireless one or making sure that your WiFi router is providing a frequency of 5 GHz. You can also check out: You can Run Windows Apps & Games on M1 Macs through CrossOver 20.

How to Play Cyberpunk 2077 on GeForce Now?

If you are looking for best android emulator for Mac, I would recommend you to check this out Detailed Review of BlueStacks Vs Nox Player for Mac.

So, here we are with the two methods that you can utilize to play Cyberpunk 2077 on MAC. We recommend going ahead with GeForce Now if you aren’t using a high-end MAC. However, you still require a fast and stable internet connection. Let us know in the comments section provided below which method worked best for you.