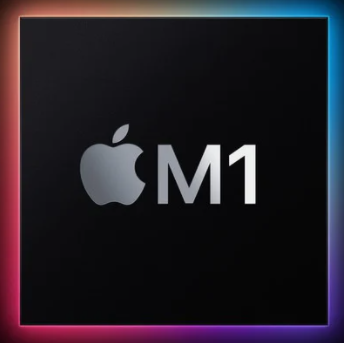 Hey! Yes, you read it right it, it is now possible to run windows app and games on your M1 Mac devices. We are already aware that the new Mac with the M1 chip can run both Intel as well as ARM apps made for macOS and iOS, but unfortunately Mac lovers who were relied on windows for their specific software needs have lost Boot Camp support.

You need not worry we are here to help you with the same.

Read the article to know

How you can now run the windows app on your M1 Macs?

Before we move to the process, let us know what is CrossOver? It is a platform on the open-source wine project that will help one run the Windows environment on both macOS and Linux.  It allows its users to run windows software on the other operating systems without installing a full version of windows as you do with the help of a virtual machine.

CrossOver allows Apple’s latest machines to run X86 software built for Microsoft’s platform.  Irrespective of all the translation that is required to run the application, it runs very well surprisingly.

The CrossOver app has been long used to run the Windows app and games on macOS devices.  It’s doesn’t work like an emulator. Unlike emulators, CrossOver translates windows commands in real-time so that Mac devices can understand them and perform the same. We have a great guide on How to Use Custom Ringtone on iPhone with these Simple Steps, do check it out and drop a feedback if you like it.

Though the CrossOver application which is built by Codeweavers hasn’t been yet optimized for Apple silicon, which seems to not matter much to the developers. The newest version of the app works brilliantly on the M1 Mac device even though it is emulated.

To all the Tech Geeks this is what the developers said when asked about the application.

‘The application is able to use the graphical performance of the M1 powered MacBook models to play games like Among US and Team Fortess2. This was tested on the cheapest MacBook air running Big Sur 11.1 and tried installing CrossOver 20.0.2 on it.  Further the developers explained this stimulation by saying that Imagine a 32-bit windows Intel binary, running in a 3 to 64 bridge in Wine/ cross over on top of macOS, on an ARM CPU that is emulating x86”. As mentioned above in the article the Crossover application uses Rosetta 2 technology which facilitates the same.

There might be chances that you might get disappointed by the errors here and there. The minor problems that don’t make it a perfect option but yeah it’s still amazing and worth trying considering the M1 MacBook has no fan and also has fewer GPU  cores compared to M1 Mac Mini and Mac book pro. You can also check out: 5 Best Alternative Apps for Android (Very Much Similar Apps).

Don’t forget that the Crossover app hasn’t been optimized for Apple silicon.  Once it’s been able to update to run natively on the M1 chip, am sure it will be more faster, smoother also more reliable compared to now.

Apple has unveiled its very own M1 processors which are ARM-based, along with the latest line up of MacBook and even a desktop Mac Mini running on this chip. As expected, the new ARM-based M1 Chip scored eminent points in terms of battery life and performance.

Since Linux can already be run on ARM, a ton of positive reviews for Apple’s ARM-based M1 processors have left people wondering how Linux will sit and perform on these new Apple devices. The fact that Linus Torvalds, the principal developer of the Linux kernel, is one of these people and highly impressed by the performance of Apple M1 supports this statement that Apple M1 Macs might run Linux, if not native, but to a near-native experience pretty soon.

A crowdfunding campaign to fund solo work on a Linux port for Apple’s M1-powered Macs is already underway. The well-known developer Hector Martin, aka “marcan”, who brought Linux ports for PlayStation 3 and PlayStation 4, is behind the Patreon crowdfunding campaign. Please note that Hector Martin is not working merely to present a demo of Linux running on M1-powered Macs, but he wants to make it run as a proper operating system that people will like to use for their daily tasks.

We can only hope that witnessing the interest of Linus Torvalds for owning a M1-powered MAC running on Linux and the enthusiasm of Hector Martin; makes Apple comfy up to the idea of bringing Linux support for its M1 chip based MACs, which are currently running on macOS.

Hope you guys liked our article on How to Run Windows App and Games on M1 Macs through CrossOver 20.  If you face any problem or have any query regarding the same please feel to reach out to us via comment section.  The Team will get back to you as soon as possible.  I also hope you are excited more about the future of Apple Silicon and trust me it will only get better from here!

Also please refer to the video below which the developers of the application released to show Apple’s most affordable M1 MacBook Air running the online shooter Game “Team Fortness 2” and trust me you will be astonished as it looks terrific.

Now no more disappointment with your Mac devices use the CrossOver app to run your favorite Windows app and games. Don’t miss it and start exploring soon!

For amazing hacks like this stay tuned to our website. Also, share the link with your friends who are waiting and finding a hack to run the windows app on their Mac devices.  This is a beautiful guide on How to Create & Use Memoji in macOS Big Sur Update.

Code weavers has made our life simple and it’s now time to reward them by using their application! So what are you waiting for? Enjoy yourself!.